The couple caused a heated controversy by using the Louvre as a location for their recently released music video and collaborative album, the Carters show just how much their dynamic as a couple has evolved. There new album The most widely shared photograph showed Jay-Z and Beyoncé flanking the “Mona Lisa,” approximating her dodgy expression. 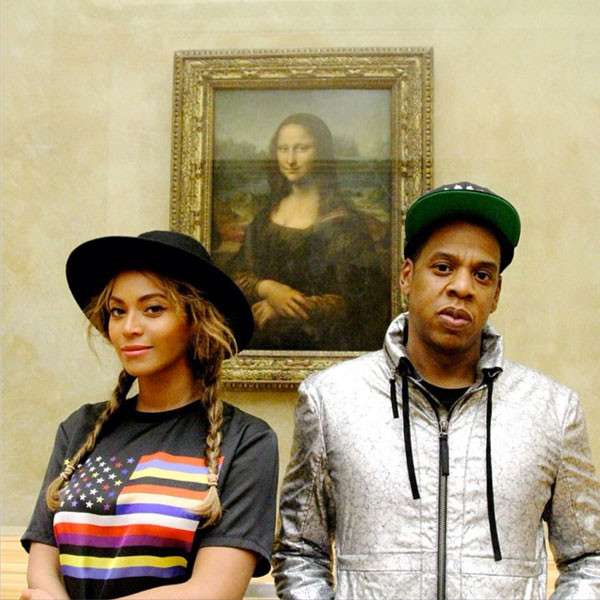 The Atlantic ~ So how did one of the most visible couples in the music world—who have already toured together and put out decades of videos about their love, sex, and mutual success—create something that feels even the slightest bit fresh? The spectacle of making new art using some of the most famous Western art in the world certainly helped. But though the duo had grappled with their evolving conceptions of gender in their own projects, “Apeshit” and Everything Is Love represent the Carters’ first real attempt to stitch those ideas together into a cohesive whole. Until this point, most of their collaborations had credited them by their respective names: as “Jay-Z feat. Beyoncé” or vice versa. But their new joint alias, “the Carters,” signals a blending of their artistry.
Throughout their nearly 15-year relationship, Beyoncé, 36, and JAY-Z, 48 have always made powerful collaborations that changed the music industry all around the world. Lately the release of there latest album was a complete wrap of combining the old history of the louvre with modern pop.
The R&B stars’ hit song “Apeshit” which used some of the museum’s greatest masterpieces as backdrops  has been viewed 88 million times on YouTube alone since it was released on june the 16th. Now the Louvre, which already has a tour based on the US rapper will.i.am’s hit “Smile Mona Lisa”, has created another based on the Carters’ night in the museum.
The video  showed a stunning 17 paintings and sculptures which feature in a six-minute video clip, going from the monumental white Greek marble “Nike of Samothrace” to Marie Benoist’s .
The choice of works which they used or posed in front of has been taken as a celebration of black bodies and empowerment in an institution which was built on the spoils of conquest and imperialism.